What is the return on investment for a company to invest significant amounts of money send their up and coming talents to different business schools to earn an MBA degree?

Dan Pontefract, currently the founder and CEO of the Pontefract Group, was investigating this question back in 2011 in his role as Chief Learning Officer at TELUS, Canada’s fastest-growing national telecommunications company. In summary, the ROI was not optimal and required a different solution. Dan detailed the journey on episode 13 of the Learning and Development Stories podcast

“I started to chat with our chief corporate officer,” Dan recalled during the podcast. “And I said, you know, it depends on the year but we’re spending between $400k and $800k a year on MBAs. And those MBA players come back to us. And sure, they’re more learned, and hopefully, they’re smarter and more productive. But what really does TELUS on the whole get in return?”

Dan then shared with the Chief Corporate Officer his idea of creating a unique TELUS MBA program. He laid out the vision: “Imagine if we created our own MBA, and we stopped funding individuals going to individual universities or colleges for their MBA and we created our own cohort, and that cohort of people ranging from 20 to 30 people would work together. Just imagine the return that we might get in terms of the work that they could do for TELUS, let alone learn.”

That initial conversation was a seed planted, that took root two years later when Dan was asked to look into the feasibility of actually creating an MBA program.

“I proceeded for the next year to put together an RFI, request for information, across Canada, where TELUS is headquartered and asked 10 business schools across Canada if they might be interested to entertain the idea of a customized, tailored MBA just for one organization.”

After a lot of research, TELUS ended up choosing the University of Victoria Gustafson School of Business.

“They inculcated an entirely different kind of pedagogy that that took our values, our culture, our attributes, our TELUS leadership philosophy, our pervasive learning model, which I introduced in the Flat Army book, which is learning should be equal parts formal, informal and social,” Dan noted.

They created a model called the 40 Model of Leadership. This included multiple short-term residencies over a two-year period that culminated in a six-month final project.

This program has ended up being a great success story at TELUS. Thus far, half of the graduating class from this past June has already been promoted to higher roles with increased responsibility.

Roughly speaking, TELUS is spending about $1 million per cohort. As part of the different company-specific projects, the students were able to identify some $37 million of savings inside the company. In addition, student projects during the MBA led to several new business ventures that are currently in operation within TELUS and have generated $275 million for the company.

Dan shared how the knowledge the program participants gained is used to benefit the company as a whole.

“We not only teach them to be coaches, and not only provide them an executive coach during the program, but we asked them to continue that model post-graduation so that they are taking on a couple of clients and giving that kind of knowledge back,” Dan said.

Dan shared that one of the mistakes he made was not always providing clear instruction of what the TELUS learning experience expectations were with the professors in the program. “I probably should have taken action earlier to provide the feedback that a particular style may not be working for the TELUS culture.”

The link between training and employee engagement

Dan has seen that the people who participate in the MBA program have a greater sense of engagement in the company as a whole.

“We’re betting on these people to be the most enlightened, purpose-driven, engaged leaders that we might ever have at the organization.”

The story of the TELUS MBA partnership with the University of Victoria has won different awards from the likes of the AACSB and EFMD that has garnered media attention. Dan has been able to highlight the story via his column on Forbes and other platforms. He stressed the importance of humble communication.

Tool every L&D professional should leverage:

Dan explained that he utilizes the tool Evernote as a way to help him with the practice of writing things down.

“We are losing the ability not just to think but to remember and recall. So, I urge people to find a way in which “the Great’s” of this world like General Patton, Branson, and Oprah. They walk around with a Moleskine notebook and they break everything down that comes into their head, in essence, because they know that they’ll need those nuggets of goodness.”

Dan recommends The New Philosopher Magazine because it is an incredible resource of philosophy and thinkers.

You can find Dan at www.danpontefract.com and on LinkedIn. He is the author of Open to Think, Flat Army and The Purpose Effect.

Kevin Anselmo is the Founder and Principal of Experiential Communications,  a consulting company based in Chapel Hill, North Carolina. He runs different communications programs for L&D departments.

Kevin has worked in the executive education space for 12 plus years, including a four-year stint at IMD Business School in Switzerland, one of the top ranked executive education providers in the world. He currently collaborates with Duke Corporate Education, ranked number 1 in custom executive education in North America for 18 consecutive years, according to the Financial Times.

Contact him if you have suggestions for podcast content and/or questions about his services. You can also learn more more about his background.

What are the communications tactics we need to be more innovative and marketable in a digitally disruptive world? The Informational Interview 2.0 podcast explores this question. Kevin Anselmo and Heidi Scott Giusto will share insights from their work and will interview expert career development professionals and individual innovators.Sign up to receive the podcast episodes and reports directly in your inbox. 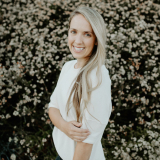